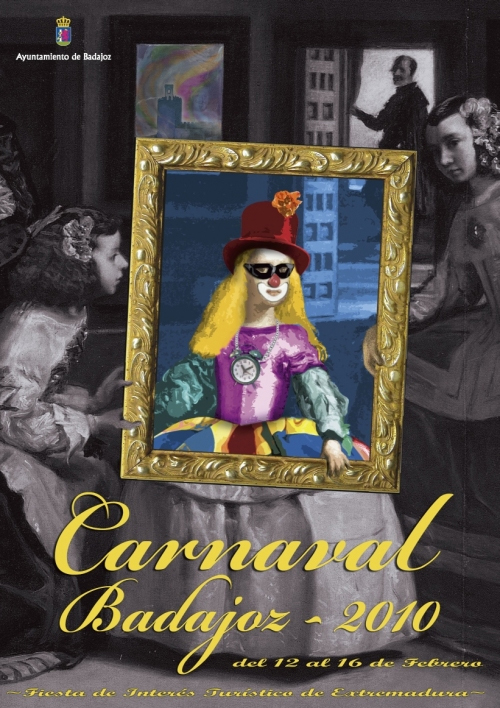 As every year, we face the Carnival aware of the responsibility that we all have (I mean the citizens of Badajoz, as well as institutions, companies and groups) for making the most important festival in the city, the first of them, the most participatory and the one that is already part of our identity, surpasses itself. The effort is not easy because there are those who leave on the road tired by age, by lack of desire, enthusiasm, will, time or resources. There are also those who are retiring because they consider that they must make way for other younger generations or others with fresher ideas. Those who do this end up returning to the party. Because the Carnival, the Carnival of Badajoz, has that: it is a party that can leave us defeated, that can abandon us to melancholy, to nostalgia for better times (it usually happens that past times are almost always better) but, seconds later (or days, or weeks, but not much more) it drives us crazy and we indulge in a revelry that has no equal.

Every year we have a complicated challenge: to improve ourselves as a city in the organization and celebration of a party that is an identity and a flag but, more than anything, it is the tangible proof that Badajoz is a lively, dynamic, open, fun city and by far, a lot, wit. The ingenuity, dedication, effort, of murgas and troupes, of individuals and groups, of quasi-professionals and inveterate amateurs, even staunch defenders and stubborn detractors. All, for better and for worse, belong to the party as they belong to Badajoz and all, therefore, can be, in fact they are, carnival, (because carnival is both the one who acts and the one who parades, the one who disguises himself as the one who participates without doing so, the one who dreams of these dates as the one who does not care about the dates but, at the end of the day, ends up going out and experiencing the Carnival) strange name out there but common in our environment that defines the people of Carnival and Carnival who do not make distinctions, who welcome everyone, who are capable of drawing a different party on the stage of our city, going out into the streets, putting on any costume or participating in a group in any of the demonstrations that are organized with such success in the city.

Everyone knows that the murga and the troupe (years ago, also the choir), along with the artifact and the spontaneous, are the motor of the party, who pull the car but, together with them, a whole city knows how to value their effort and actively participate in community enthusiasm. The good of the party is an added value for Badajoz. And in that objective to make the Badajoz Carnival a bigger and more complete and necessary Carnival every year, it is that purpose, he said, we are all, it is incumbent on us all. So, let it be one more year Badajoz Carnival city. May the costume take to the streets, may the couplets resound around the corners and may the drums keep us awake and alive during the party.