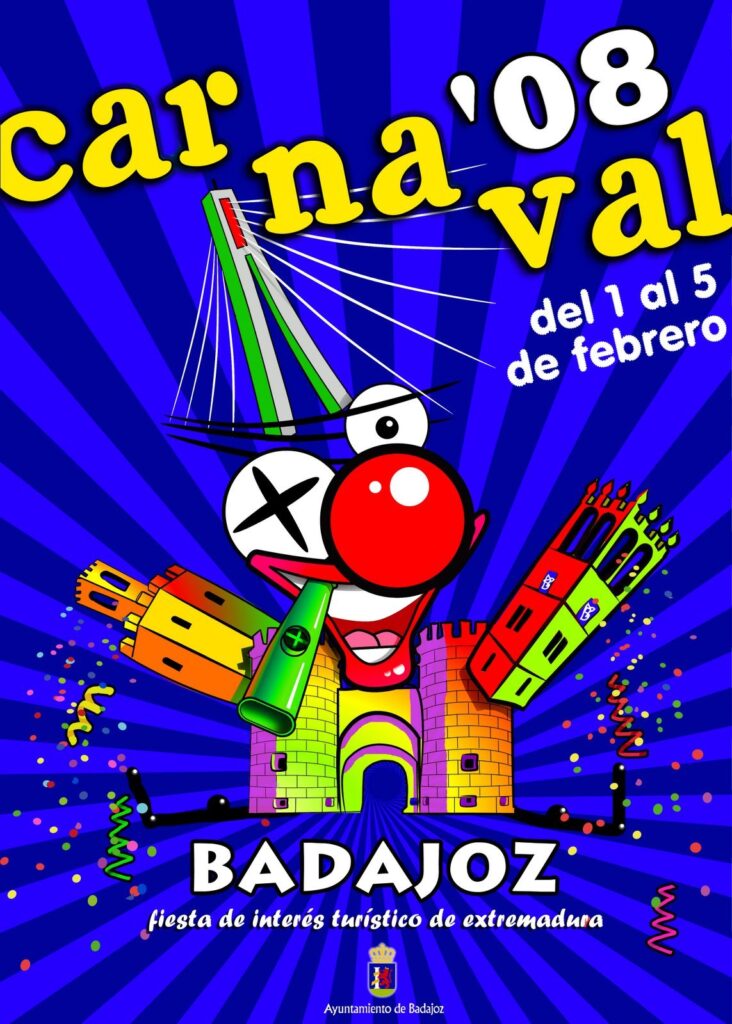 Carnival with the five senses

The early arrival of the Badajoz Carnival in 2008 reminds us that we are facing an unpredictable, spontaneous, informal party, without ties, without complexes and that transcends everything one can imagine. It is a pagan festival, the great pagan festival par excellence, the summary of all excesses, the quintessence of all diversions, and yet its celebration depends on the religious calendar and the passing of time. This curious circumstance is added, with the weight of its history, to that accumulation of sensations and experiences that a party made to seduce, to cloud, to revolutionize the senses holds. The five senses. Because its manifestation, the carnestolendas, are nothing more than the expression of how many expansion needs the human being has as a self-defense mechanism, as personal and group therapy, as a tool to build a state of mind that lasts for the rest of the year. and thus survive the vicissitudes of an existence folded to the designs of routine.

The Carnival of Badajoz, all carnivals, has a bit of exordium to adventure, a bit of recapitulation of everything and a lot of collective catharsis. We are facing an extraordinary party, but not only because it is beautiful, participatory and unique but, above all, because of its prevalence over time, because of its ability to adapt to new times without losing an iota of the substance that sustains it, because of its resistance to disappear, for his contribution to the general revelry without losing sight of history. It is a different party, original, open, tolerant, of all. Fundamentally, of all. So it has to be. So it always was. Carnival is not a party of monologues or impositions, it is not an excuse for partying or a party full of excuses. Carnival is a festival of formal informalities, rehearsed improvisations, studied emotions, which opens the doors wide to the murguero and the comparsero, to the guitar player and the drummer, to the feathers and sequins and to the artifact, the one with the clown nose and the one with the witch wig. But, even so, the most surprising thing is that one can live in carnival, live carnival and not dress up or wear anything. Because it is a party that accepts everyone and feeds on everyone. The survival of the carnival does not lie only in its most staunch defenders or executors, but it requires the competition, sometimes bland, sometimes enthusiastic, that all those, even from afar, contemplate the party as their own.

I hope 2008 is a great Carnival year. For the carnival men, the year will begin like never before: with the murgas competing with the usual seriousness and grace and with the troupes rehearsing piecemeal with the usual delivery. Such a good start to the year is likely to spell perfect days. So be it and cheers for Carnival.